DARPA, the US military’s boffinry nerve center, is trying to fulfill the science-fiction dream of developing non-surgical brain-machine interfaces so soldiers can comfortably control weapon systems with their minds.

“DARPA is preparing for a future in which a combination of unmanned systems, artificial intelligence, and cyber operations may cause conflicts to play out on timelines that are too short for humans to effectively manage with current technology alone,” said Al Emondi, the program manager of the Next-Generation Nonsurgical Neurotechnology (N3) project.

“By creating a more accessible brain-machine interface that doesn’t require surgery to use, DARPA could deliver tools that allow mission commanders to remain meaningfully involved in dynamic operations that unfold at rapid speed.”

For example, Rice University is working on a system that will hopefully allow a blind person to see using the eyes of someone sighted, by reading the sighted person’s brainwaves as they look around, and wirelessly stimulating neurons in the blind subject’s brain to project the sighted person’s view into their mind. It’s hoped that, eventually, boffins will be able to transfer electrical signals between two brains within 50 milliseconds – faster than a blink of the eye. These experiments could, therefore, pave the way for technology that allows soldiers to control weapons or use surveillance drones using just their gray matter. 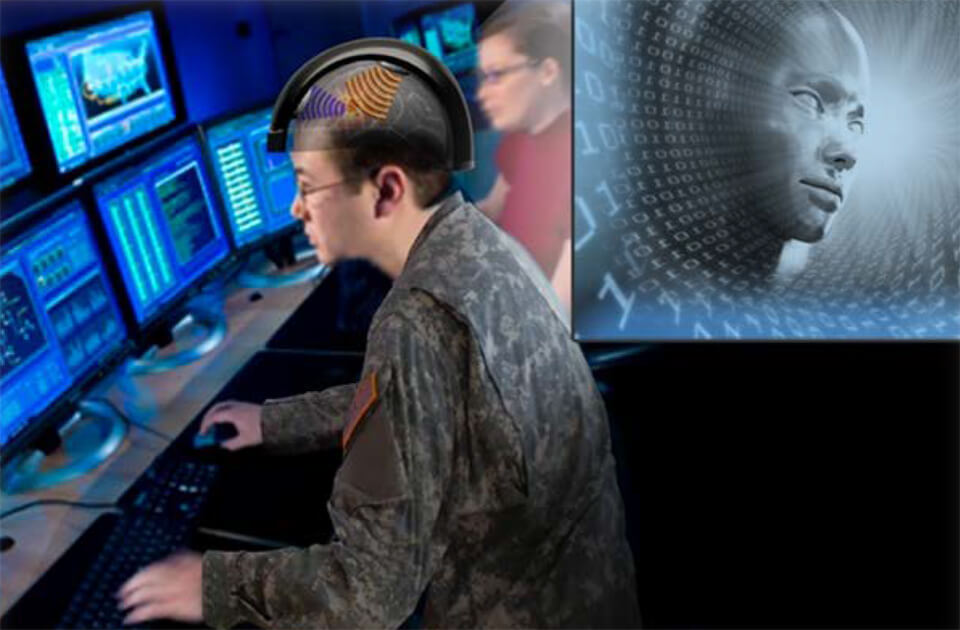